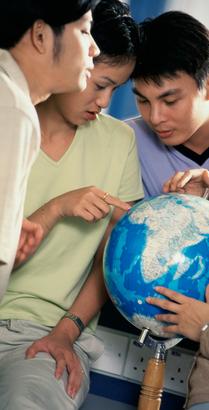 “Today’s competition was difficult and challenging, but I placed 1st for public speaking! I want to thank you for coaching me, and I would love to continue getting coached as I move forward to state and national competitions.” ~ Jason, grade 12

“Amazing teacher! Eye contact; rules of speech. I learned a lot about speaking on stage in a conversational tone.” ~ Sanchit, grade 5

What Current and Former Students Say.....

Our mission is to help individuals who want or need to: SPEAK with power; FEED others in word and deed, and LEAD with positive influence.

Join us in helping children, youth and adults understand their power and share it!

Our founder, Jackie Bailey grew up in an abusive home without an understanding of HOW to describe WHAT was happening; nor the knowledge of WHO could help her.

Many children, for various reasons, feel the same way. Everyone deserves a VOICE! 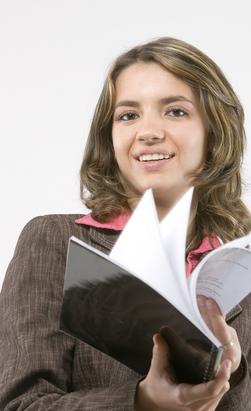 “I learned a lot about effective conversation skills; and asking questions.” ~ Eva, grade 5

A message from Founder, Jackie Bailey

To stop violence, hatred, drug use, disrespect for life, and incivility; we don’t need more regulation, but EDUCATION. Violence won’t be silenced until we implement EMPOWERMENT. 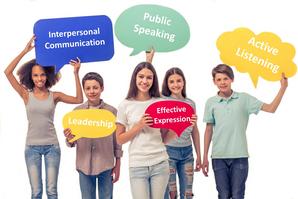 “I learned how to create a speech, and how to give feedback. The formal handshakes were helpful for future needs”  ~ Eric, grade 5

“I definitely learned to listen, invest in others, be kind, and to engage with people in conversation.” ~ Harish, grade 4

“I really enjoy public speaking because it integrates my interests in theater, creative writing, my own roleplaying game, and community service. When I speak in front of people, I feel empowered. At the beginning of this semester, I came up with the idea of starting a public speaking club to show people how fun public speaking is and learn to empower themselves through speaking. I talked to my public speaking teacher and won her full support. We formed a team and took action: doing research and brainstorming, paperwork and chores, circulation of flyers, and two open house events. After all these efforts, the newly born SpeaKABOOM Gavel Club has grown to 20 members. Most of them had never tried public speaking before, but some of the kids told me afterwards that they really enjoyed it and could not wait for the next meeting. When I look at the excited faces of 4th-7th grade members, I feel proud knowing that I have shared my experiences and skills and helped influence them in a positive way.” ~ Charlie, grade 10 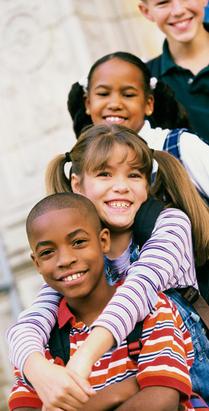 “This course was fun all the time, and I learned how to actively listen.” ~ Oscar, grade 4

“I really enjoyed this class. It was so engaging and fun to be with my friends and an amazing teacher.” ~ Ibrahim, grade 9

“Developing my Message is a helpful tool I learned." ~ Shubh, grade 4

“I love it! I increased my vocabulary to help my speeches be better. I learned how to have better conversations” ~ Dina, grade 8

The crisis won't end without action

For more than 12 years, Emerald City Consulting and its founder, Jackie Bailey, has devoted energy advocating, mentoring, and training others to speak their unique message and deliver it in a powerful way. .

Courses are ongoing locally and online for adults and children. We give persons worldwide the opportunity to empower their own growth.

With your help we can get into public and private schools, social organizations, and other nonprofits. Turn us on to your network, and let's all speak, feed, and lead with power!

I hope to enter schools and neighborhoods around the globe teaching children how to tap into the POWER of VOICE; the POWER of SERVICE; and the POWER of LEADERSHIP.

“It was a great session of classes. I learned many things about public speaking. Ms. Jackie is a great teacher.” ~ Tooba, grade 8

“I have much more confidence to speak and converse now.” ~ Ameelah, grade 6

“I definitely learned ‘it’s not about me’. Awesome class!” ~Ruohon, grade 6

Helping Adults and Children Worldwide Find Their Voice, and Deliver Their Message Powerfully

“I learned a lot about asking the right questions.” ~ Felix, grade 4

“I definitely see the positive changes in my speeches. This was a fun course!” ~ Sehrish, grade 6

Empower the children and adults in your community - share our programs

We can always use helping voices to spread our message and reach out to schools, organizations, and communities.

“I engaged Jackie Bailey’s help with our teen-aged son’s senior project on public speaking and leadership. Jackie coached him during the entire year. it was as if I was watching a beautiful Monarch butterfly begin to emerge from a cocoon. There was an incredible transformation that would stick with my son throughout the rest of his life.

Jackie had quite the challenge: turn the silliest kid in the senior class of Eastlake High School into a polished, poised, confident speaker with good leadership skills and motivation to be more than an entertainer.

All during his senior year, while learning public speaking and leadership skills with Jackie, Taylor sold cutlery. He became a truly gifted salesperson; one of the top salespeople in his division. The leadership skills Jackie taught Taylor helped him immeasurably.

At the end of the year, and following completion of his senior project, Taylor received an excellent grade. His teacher’s comments were nothing like we were used to reading; every one of them very complimentary. They told me they were highly impressed with his accomplishments and that they had selected him as one of the main speakers at Baccalaureate. He would be speaking with his idol, former Seahawk, Brock Huard.

That night, I held my breath as he stood at the podium; silently praying he would not do something awkward or silly which would have normally been the case. But he stood proudly, confidently in a suit and tie; and with a maturity and poise I had never seen before. He delivered an excellent speech. Jackie was sitting nearby. I’m sure she was silently rooting him on. She truly cared about her student’s successes and it showed.

From there, after graduation, our son became a leader in Amway where he spoke in front of hundreds of people; poised, confident and assured. He began to mentor young people; to lead focus groups and started his own successful business. He became an excellent trainer and instructor; able to speak confidently to anyone, any age and in any setting.

And now, married with a young child of his own, he has decided to take on an even bigger leadership role in his decision to become a pastor; studying under a Man of God (from S Africa) who has what may be the largest church in the world. Taylor has literally traveled hundreds of thousands of miles internationally; has met with dignitaries, politicians, pastors and many influential people and is living a life his dad and I had simply never envisioned. As he progresses through his theology studies; he will ultimately be called upon to speak to very large groups of people in an influential and confident manner; most likely affecting the lives of who knows how many people in the years that follow. And for all of this, we are deeply and profoundly grateful to Jackie for being that wind behind his sails.

I can’t recommend Jackie Bailey more highly for her speaking skills and her mentorship and leadership abilities, especially when it comes to working with young people. She has a true gift and she can most definitely bring out the best in people." ~Gratefully submitted, Kim Condrin